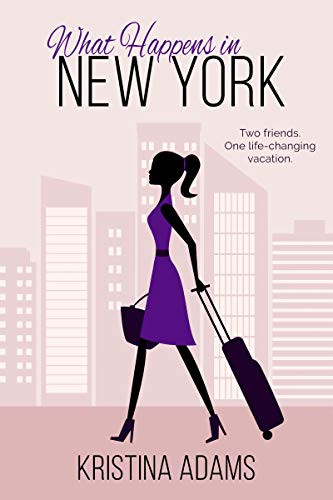 Hands up if you’ve ever heard of self-publishing referred as vanity publishing.

I studied Creative Writing at university, and it was always, always referred to that way. If it was discussed at all. It was pretty much expected that you’d get traditionally published or not at all. Even blogging was looked down on.

You know how many people from my BA are published, ten years later?

One has a publishing contract with one of the Big Five, after years of building her brand. Another now works on Neighbours. And then there’s me.

I chose to ignore the judgment from my peers and go it alone. Yep, that’s right – I dared to self-publish! That was five years ago. Since then, I’ve published nine books with at least two more on the way this year. It was a difficult decision, though. Self-publishing isn’t for everyone.

So, what is self-publishing?

Self-publishing has always been a thing. Writers such as Charles Dickens, Chaucer, and Beatrix Potter all self-published at some point during their careers. It became mainstream when Amazon brought out the Kindle and their publishing platform, Kindle Direct Publishing (KDP).

When you self-publish, there’s no gate keeper. It’s up to you what, when, and where you publish your books. All of the final decisions, all of the successes and failures, are on you. Some people relish in this, others don’t.

The cult of personality

To sell books, you have to build an audience. Even if you decide to pursue traditional publishing, you’ll get a bigger advance if you have an established and engaged audience before you sign a deal.

A few years ago, there was a guy called Benjamin P. Hardy that posted a lot on Medium.

He approached a publisher, and they said to come back when he had an audience of 5,000 (check). He went away, posted EVERY DAY on Medium for a year, and grew his audience to several hundred thousand. When he returned to the publisher, they offered him a six-figure advance.

We live in a culture of personality. The days of being a reclusive writer are gone. You cannot build a successful writing career if you don’t like the spotlight.

Technology is coming for the literary world, and if you don’t embrace it, you’ll fall behind. You’ll lose out on readers. And you’ll give up before you’ve ever really given it a chance.

What people don’t tell you about self-publishing

Unless you’re a part of the self-publishing world, there are some things that you won’t be aware of. It’s just not discussed. I’d highly recommend joining a community like SPF Community (which is free to join) or the Alliance of Independent Authors (about £80 a year depending on where you are in your journey) as they’re great places to go to for advice.

The first thing people don’t realise about self-publishing is that you get paid intermittently. It’s a lot like freelancing, except a middle person holds on to your money until you reach a certain threshold, which for some places is as much as $100. When you’re first starting out, $100 can be really hard to earn, especially with just one book.

That’s because it takes years to build a platform. The more regularly you show up, the faster you can build your readership. If you only write one blog post a month, that’s 12 at the end of the year. Doing it weekly is 52. Daily is 365. That matters. Entrepreneur on Fire grew to be the first million-dollar podcast in 18 months because he released a new episode every day.

This obviously means that marketing is really, really important. If you publish a book then don’t market it, who’s going to know that it exists? Good marketing can be time-consuming, but there are ways to automate it.

And while we’re at it, unless you’re using paid ads, social media doesn’t sell books. You’re better off spending your time building a mailing list. The people on it will be more engaged and happier to hear from you.

And, finally, you may not make any money. For a really, really long time. It took three years for my books to take off. By then I’d published six books. It’s an unpredictable business. Writing in a genre that’s popular helps of course. When I published my first book, women’s fiction wasn’t fashionable. By the time I’d published the fourth one in the series, it was having a resurgence. That’s when my books – and income – took off.

The main reason I chose to self-publish was control. I get the final decision on everything. Some people don’t like that accountability, but for me, it was perfect.

If you get lucky and put the work in, there’s also the potential to earn much more than if you publish traditionally. Per copy, you’ll probably earn more. At the very least, you’ll earn the same. And let’s not forget that the price is entirely up to you.

Whether you publish yourself or traditionally, you’ll have to do your own marketing. Publishers just don’t want to spend money they don’t have on new authors. It’s too much of a risk for them.

You also get to build a closer relationship with readers and sellers. This allows you to work out what they really want.

Reasons not to self-publish

Particularly when you start out, there’ll be days when you don’t sell any books. This is disheartening and can stop people altogether.

Unfortunately, in the literary world, some people may take you less seriously. That’s their problem. It’s up to you to remember why you’re publishing the way that you are.

Have you got the right support network?

The right people mean everything. If you don’t have supportive friends and family, you’re less likely to make it. We are a product of the five people we spend the most time with. People’s ambitions – or lack thereof – rub off on you.

When I committed to publishing What Happens in New York, my friends understood when I had to miss out on social gatherings. They kept me accountable, and they were among the first people to not only download my book, but to share it with their network too. Referrals from friends are powerful. It’s one of the best ways to spread the word about your book, because we all trust the words of our friends. That means when your friends recommend your book to their friends, they’re more likely to listen. And then they recommend it to their friends, and so on.

Not only that, but you need your friends – and particularly your family, partner, or anyone else you live with – to understand why you’re doing what you’re doing, even if they don’t like it. To do it even unsuccessfully, it’s at least a part time-job.

It’s a business first and a creative outlet second

You have to treat self-publishing like a business first and foremost. It’s not about being less creative, it’s about having more than just your writing as a creative outlet. You have to be willing to change as the market changes, or you risk falling behind (anyone remember MySpace?).

It’s more work than you can possibly imagine. When you traditionally publish a book, you write a book, edit the book, market the book, and move on.

When you self-publish, you write, edit, proofread, typeset, design the cover, and find as many marketing channels as you can to reach your readers.

And it’s not just the doing these things that takes time. Unless you’re already experienced in these areas, you first have to learn the art and science behind them. And believe me, there is a whole lot of art and science between each step. There’s a reason graphic designers and developmental editors can charge the big bucks.

When it comes to marketing, the more you put yourself out there, the better. While this isn’t exclusive to anyone who publishes their own books, a traditional publisher may at least give you advice on the theory behind marketing, even if they don’t invest any money in publishing your books themselves (which they’re not very likely to do if you’re not a big name).

If you write children’s books, for example, you could do workshops in schools. If you write about writing, it could be talks with other writers.

Mark Dawson, for example, makes millions of pounds every year from his books alone (yes, really). He makes even more money from his Self-Publishing 101 and Ads for Authors courses. He’s proof that there really is money in it for indie authors, but you do need a lot of books – and ideally a book series – to get there.

E.E.Holmes is another example. Her books frequently rank in the top 10 for ghost stories and have hundreds of high ratings. They’re addictive urban fantasy stories that have even gone on to win awards.

Self-publishing isn’t for you if you don’t like hard work. It’s not a route to easy money. The more money you have to get started, the easier it is, and the faster you can publish your books because you can outsource the boring stuff.

In the space of a year, I wrote, edited, published, and marketed a book all while working full-time and buying my first house. And you know what? I made some mistakes. But I learnt more in that year than I did in any other year of my life. And that learning was addictive.

Four years after publishing What Happens in New York, I’m still learning. I’m still writing. I’m still publishing. I’m still marketing. And I’m better at it than ever. I hope in another two years, I’ll cringe at what I do now. because only when you look back at your previous work and cringe will you ever really know how much you’ve grown.

Did you enjoy that? Why not check out another of Kristina's articles: How to Build Your Readership (Whatever You Write).

British author Kristina Adams has now published nine successful books, including seven fiction and two non-fiction. Kristina also runs a successful website and blog - The Writer's Cookbook - and is well known on Medium. You can now read Kristina's first book, What Happens In New York, for free on Amazon Kindle.