Great writers are great readers! Join us on the Plot Factory Discord server for Book Nook. Each month we'll suggest a selection of six titles (we will always include one free to access title and one YA title) of various genres; you can read as many of the six featured titles you like - one of them, or all of them! - to take part and jump into our Book Nook text and voice chat channels to discuss at any time during the month. 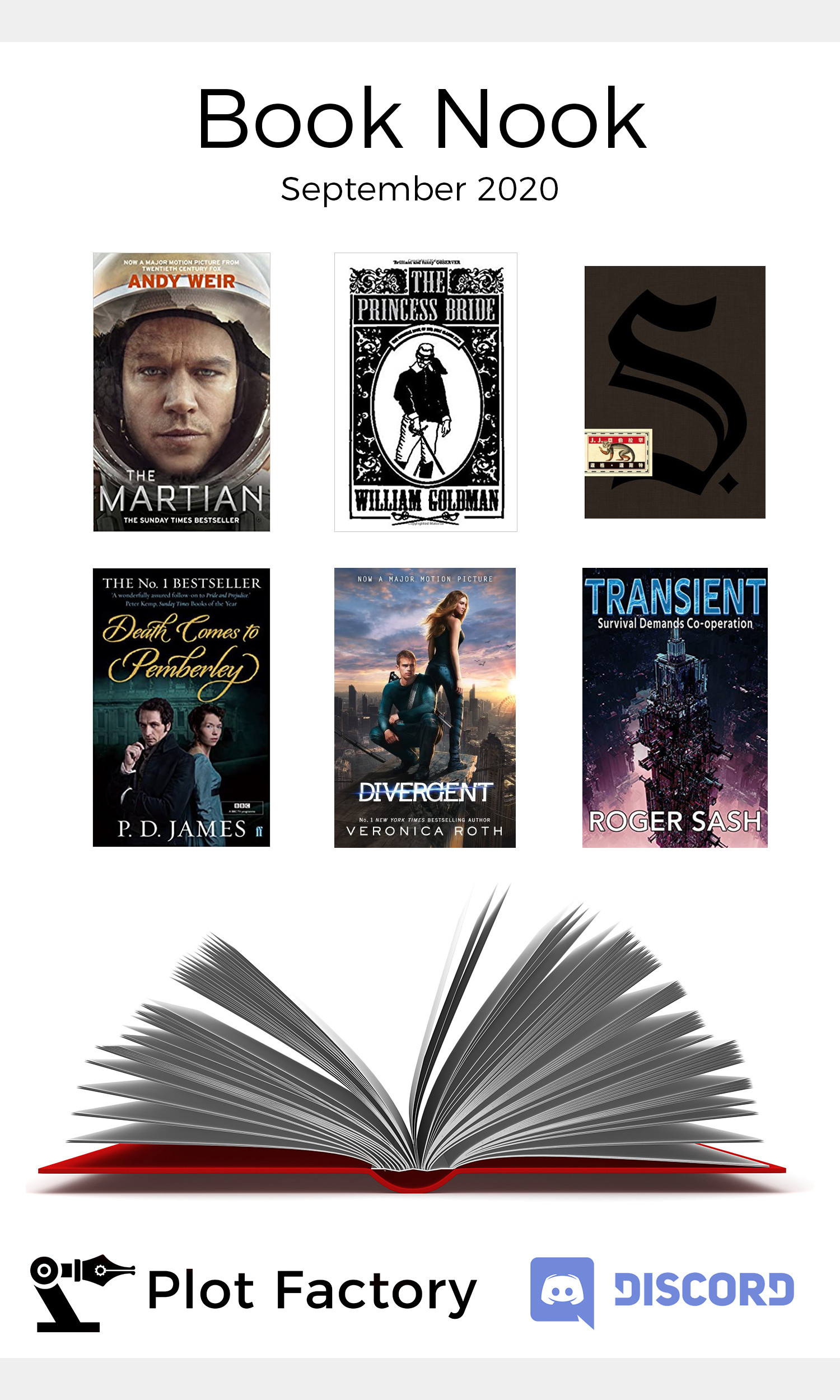