We've been looking forward to October, over on the Plot Factory Discord server! This month's selection of titles are creepy and they're kooky, mysterious and spooky, they're altogether ooky... well. You get the idea.

If you're new to Book Nook, here's what you need to know: Each month we'll suggest a selection of six titles (we will always include one free to access title and one YA title) of various genres; you can read as many of the six featured titles you like - one of them, or all of them! - to take part and jump into our Book Nook text and voice chat channels to discuss at any time during the month.

And here are October's horrifying picks: 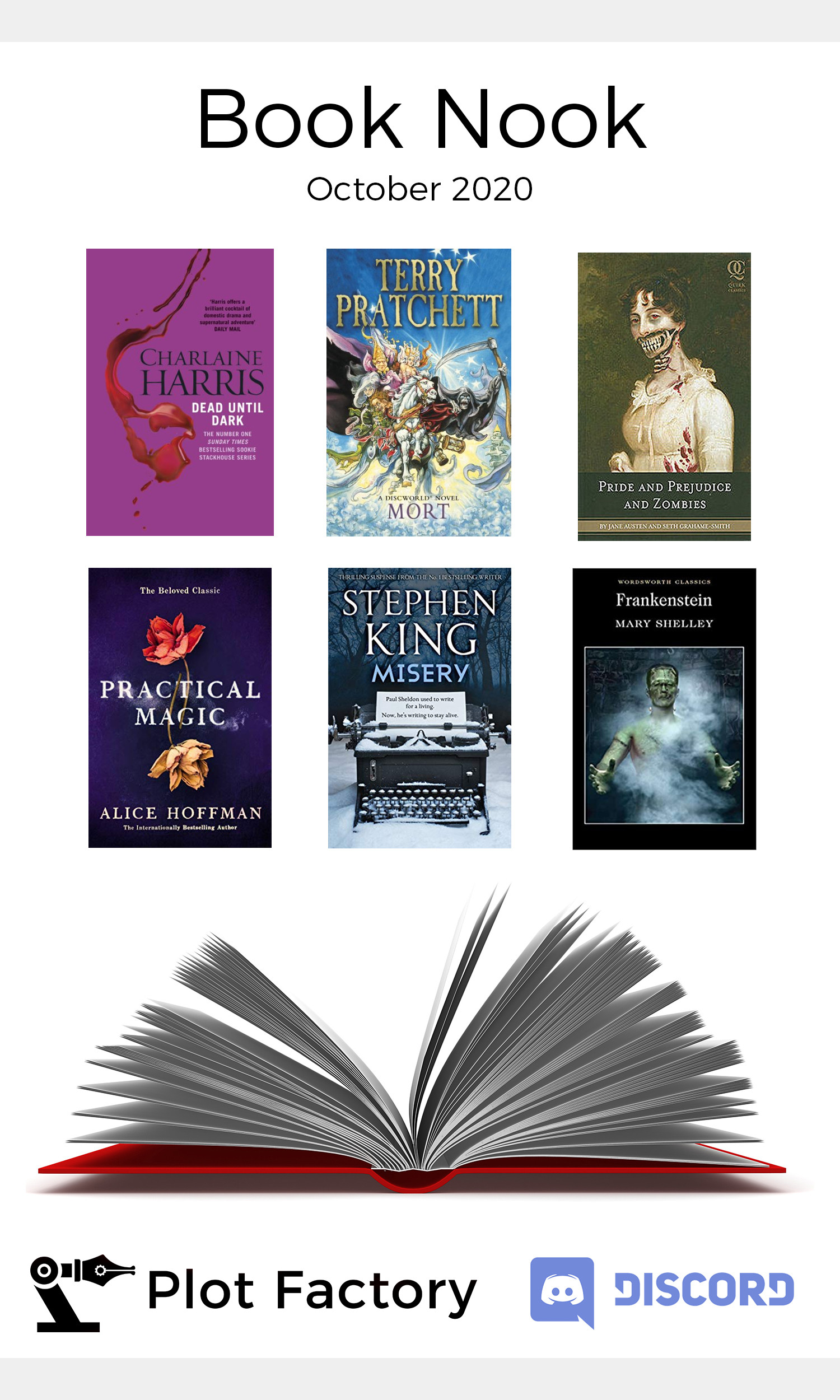