It's August and we have six new book titles for the Plot Factory Discord server Book Nook. If we're not writing, we're usually reading! Remember, great writers are great readers! To join in, you can read as many of August's recommended titles as you like and jump into the Book Nook chat channel to tell us what you think. 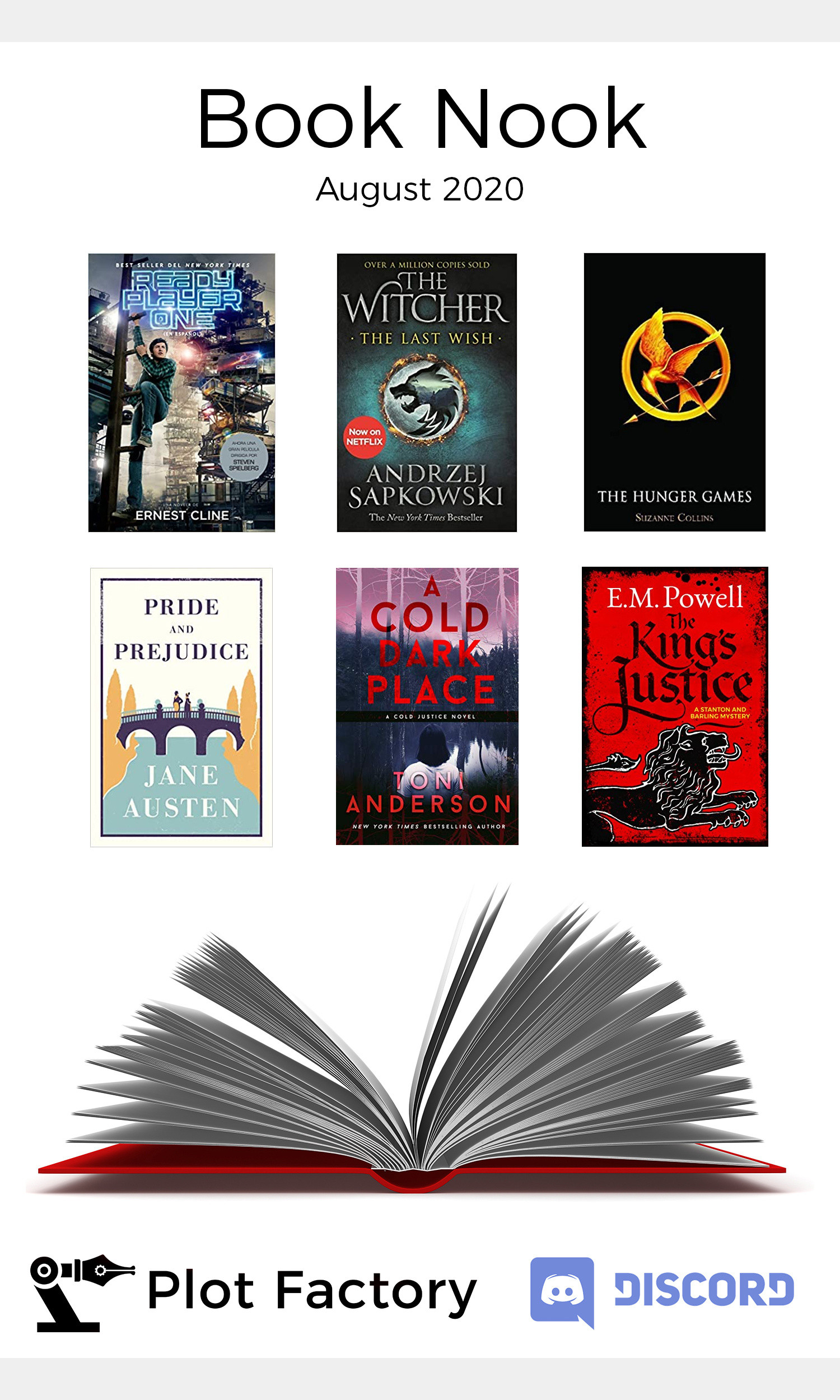